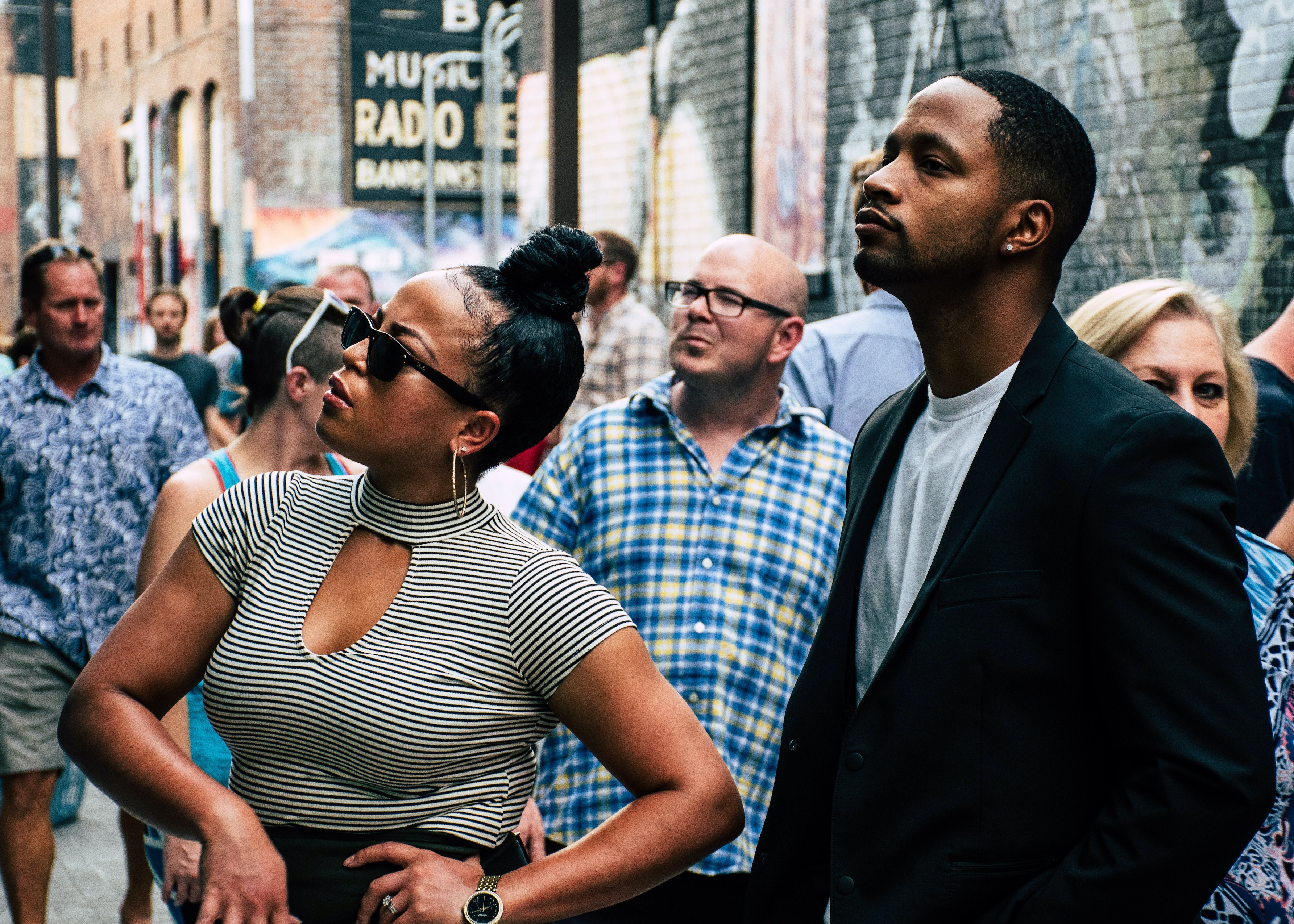 The appropriation of Black cultural expressions has been co-opted and normalized by mainstream media, influences, celebrities, and public figures through the years. This has sparked discussion—and as a result—more people have come to understand why a non-Black person wearing cornrows or dreadlocks is harmful or why blackface and verbalizing the 'N-word’ in songs is harmful. Appropriation causes harm when it perpetuates stereotypes, turns culture into a commodity, and uses historical traditions as a trend, while the originating group continues to experience discrimination for the very same thing.

Language is no exception. Within any culture, language is the basis for communicating ideas and plays a role in shaping people’s sense of community. Yet, in North American pop culture, Black Vernacular English (BVE) is often used by non-Black people for personal profit. In addition, due to its social influence, BVE is often used out of context in an attempt to be relevant, gain notoriety and acceptance, or “relate” to Black people in social, academic, and professional settings.

BVE, also commonly known AAVE (African American Vernacular English), is rooted in African dialects and Caribbean Creole English varieties. These linguistic patterns are a part of a cultural legacy that continues even after transatlantic slavery. Those who were enslaved invented their own version of English to form unity, identity, and communication without interference from white enslavers. When BVE is used by non-Black people, it erases this origin while commodifying parts of Black culture.

Words such as “lit,” “woke,” “bae,” “rachet,” “sis,” “slay,” “hella,” “ or “basic,” and phrases such as “straight up,” “on fleek,” “I feel you,” or “turn up,” have become common sayings that are often misused or overly emphasized. These words are visible online through reaction GIFs, social media posts, and journalism, to name a few. In addition, companies use BVE on their social media, advertising, and marketing to appeal to the “younger audience.” The fact that internet lingo and BVE are often synonymous demonstrates the extent to which the appropriation of BVE has accelerated exponentially in the age of the internet.

BVE is criticized for not sounding like “proper English.” In fact, Black slang and BVE have long been considered inferior to "standard" English. Raising critical questions about the continued justification of white privilege in our culture. When white and other non-Black people use this terminology to gain social relevance, we can often turn it on and off when necessary. We can perform traditionally Black expressions without facing the societal and institutional oppression Black people often experience because of them.

While BVE is a symbol of power and resistance for many Black folks, the ongoing assumption that it is not “proper English” prompts many Black people to code-switch. Code-switching is commonly defined as “the alternation between two or more languages, dialects, or language registers in the course of a single conversation or exchange,” according to Glottopedia. In this case, Black people may code-switch between a more standard English and BVE This is done because when Black people use BVE, they may be denied jobs, access to higher education institutions, and/or otherwise judged as speaking in an “uneducated” way. The result is that Black people regularly have to self-police their use of BVE to survive. In contrast, non-Black people can toggle freely between different vocabulary without worrying about the social or economic consequences.

The result is that Black people regularly have to self-police their use of BVE to survive. In contrast, non-Black people can toggle freely between different vocabulary without worrying about the social or economic consequences.

Many non-Black members of the LGBQ+ community often use BVE and overwrite it as “gay slang.” However, many terms link back to the foundation of drag, which found its inspiration within the Black community of New York City. For example, terms like “yas queen,” “throwing shade,” or “voguing” were first used in the NYC drag scene, specifically in Black ballroom culture, but were later introduced to mainstream media through shows like Ru Paul’s Drag Race, Pose, and Queer Eye. Yet, their use today is out of context or inaccurate. Moreover, the Transgender community experiences these themes in similar ways. However, it is important to recognize that Black trans women can be exposed to additional harm through the nature of intersectionality, resulting in harm and discrimination joined together by white supremacy, transphobia, and misogyny.

BVE is also often used in reaction GIFs. These GIFs often represent Black women as “sassy” and extravagant while allowing non-Black users to use these images as an expression or image to complement their words. GIFs with transcripts become an opportunity for those not fluent in BVE to use the language, such as “hell no,” “girl, bye,” “I - oop,” “chile,” “she tried it,” “spill the tea, sis,” and “bitch, please.” Ultimately, these images are relied upon to perform fury, annoyance, shade, or celebratory moments. Representation matters. And the continual representation of Black people as an image to vocalize these expressions may reinforce stereotypes while failing to see the terms as more than a “punch line.”

Let’s take a critical look at words and stereotypical representations of Black people that have become normalized by non-Black folks. We all need to be cognizant of what we share, how we communicate, and to what extent that sharing dramatizes pre-existing racial biases inherited from “real life.” So, before you (non-Black folks) use the word “woke” to describe your beliefs around social justice, we challenge you to think about the contradiction critically. If you are really “woke” or alert to injustice, reflect on your privilege that allows you to continue taking from people that continue to be marginalized.

We all need to be cognizant of what we share, how we communicate, and to what extent that sharing dramatizes pre-existing racial biases inherited from “real life.”

When non-Black people use BVE, it feeds into a culture of appropriation, a culture that continues to take from Black people. Non-Black folks can use BVE or other methods of Black cultural expression like a costume, wearing it when it benefits them and taking it off before retreating to privilege. Malbroux has four questions she suggests non-Black people ask themselves before using words that have their origins in BVE:

This article uses BVE instead of AAVE because not all Black people identify as African American.