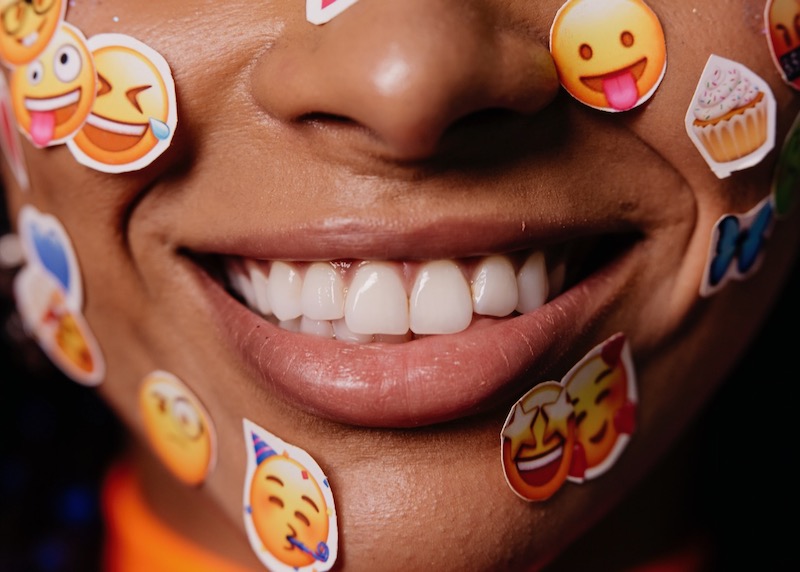 Inclusive and Accessible Emoji Practices For Our Increasingly Digital World

In 2022, global emoji use has never been higher, partly because more people are online as they work remotely.

The “tears of joy” emoji ( 😂) was the world's most popular emoji for the last decade - widely used on Twitter to show that something was funny or pleasing. However, this changed in March 2021, when the “loudly crying” emoji ( 😭) took the top spot on Twitter. How poetic; a sign of the times.

People use emojis in both their personal and professional lives. They are more than the silly, fun visuals we include in text messages to our friends and family. Indeed, emojis are a pervasive means of communication. They can be used to express identities, interests, cultures, and emotions. If a picture is worth a thousand words, then an emoji may be worth more in our tech-leading world. And if this is the world we live in now, then it is our hope that people are able to use emojis that reflect who they are and what they love.

How To Use Emojis In Diverse, Equitable, and Inclusive Ways

We’ve thought about it and broken it down, so you don’t have to. Without further adieu, here are some considerations to help you to use emojis in diverse, equitable, and inclusive ways:

When You Don’t Have Much Information, Be As Neutral As You Can

Try not to assume people’s gender identity or racial background and be as neutral as possible. To be clear, “neutral” does not mean a white or male emoji. Stick to the emojis that don’t communicate race, ethnicity, and gender explicitly. When in doubt, use one of the cat expressions. 😸

Be Intentional About Emoji Skin Tone

Reset The Default Emoji Skin Tone To Match Your Skin

While the Simpson’s-like skin tone default is “supposed” to convey a raceless emoji, we are not sure we agree and find it sort of troublesome. Slack has a resource that will guide you through changing your personal emoji menu to suit your skin tone if you would like to do that. Keep in mind, it would not be a good idea to choose an emoji with darker skin if you’re white  - even if it’s in solidarity! Some consider this digital blackface or brownface. We recognize that unfortunately there are not enough options for emoji skin tones for us all to feel identified, but we hope that tech will continue to evolve to give us more representation!

Use Arrows or Other Icons To Point

Elements of white supremacy can sometimes creep into our emoji use. For example, we may use the white skin tone to signal a “default” emoji. However, using other available symbols to communicate the same message is better. For example, consider using an arrow ( ➡️) instead of a white pointing finger (👉🏻). Those who share from a business profile and are interested in humanoid emojis may want to explore rotating skin tones so all audience members feel represented.

‍
Be Mindful of How Emojis Can Be Used to Sexually Harass

While there are no explicitly sexual emojis, some have a double meaning (e.g. 🍆, 🍑, and 💦). Also, the finger pinch emoji may be perceived as a derogatory symbol referring to the size of male genitalia.

Use Emojis That Break Stereotypes

Fight back against gender and racial stereotypes and discrimination by using vocational emojis that show men or women in non-traditional roles. For example, try using a woman construction worker emoji (👷🏾‍♀️).

Consider How Your Emojis Impact Those Experiencing Blindness or Low Vision

Be mindful of the subtext that an emoji carries and whether it is appropriate for the message you are trying to convey. For example, the 😇 emoji often denotes innocence or having performed a good deed in Western culture. However, it’s used as a sign of death in China and could be perceived as threatening. Learn more about why emojis mean different things in different cultures.

On a less serious note, emojis can carry different connotations depending on the generation. How Gen-Z uses emojis is fascinating but undoubtedly confusing to some.

Ultimately, what your emoji appears like is up to Apple, Google, Microsoft, Samsung, and other companies that create software and hardware.

Therefore, you could be sending the wrong message and not even know it! While this discrepancy isn’t as big of a problem as it used to be, it’s still something to keep in mind while using emojis with your friends, family, or team members.

If you want to know exactly how your emoji will show up, consult Emojipedia. Explore how the most popular emojis appear on other platforms.

We are enthusiastic emoji users at Feminuity. Our team members begin their day by sharing a status update with an emoji along with written answers to other prompts. We have found that emoji sharing is a fun, easy way to update the team on how we’re feeling. Sometimes, it can be difficult to articulate with language how we are feeling, but there is usually an emoji that can illustrate our feelings in one way or another (extra points for creativity).

Discussions around the appropriateness of using emojis in workplace conversations often center limited beliefs regarding “professionalism.” Some people believe that it’s simply not appropriate to use emojis at work and may judge people who do. Others just really, really hate them.

No matter your feelings on emojis, take the time to set standards for their use within workplace communications. Our team tries to follow the recommendations outlined in this blog, and we remain open to adapting our use as we learn more!

While more modifiers have been added to emojis over the past years to signal different experiences (pregnant man, bearded woman, man with a turban, woman with a head scarf, as well as gender neutral experiences, and beyond), there will always be space for more inclusion. For example, what about diverse body sizes or Black hairstyles? What emojis would you like added?

In an increasingly digital world, we must make it our business and responsibility to be more accessible and inclusive!