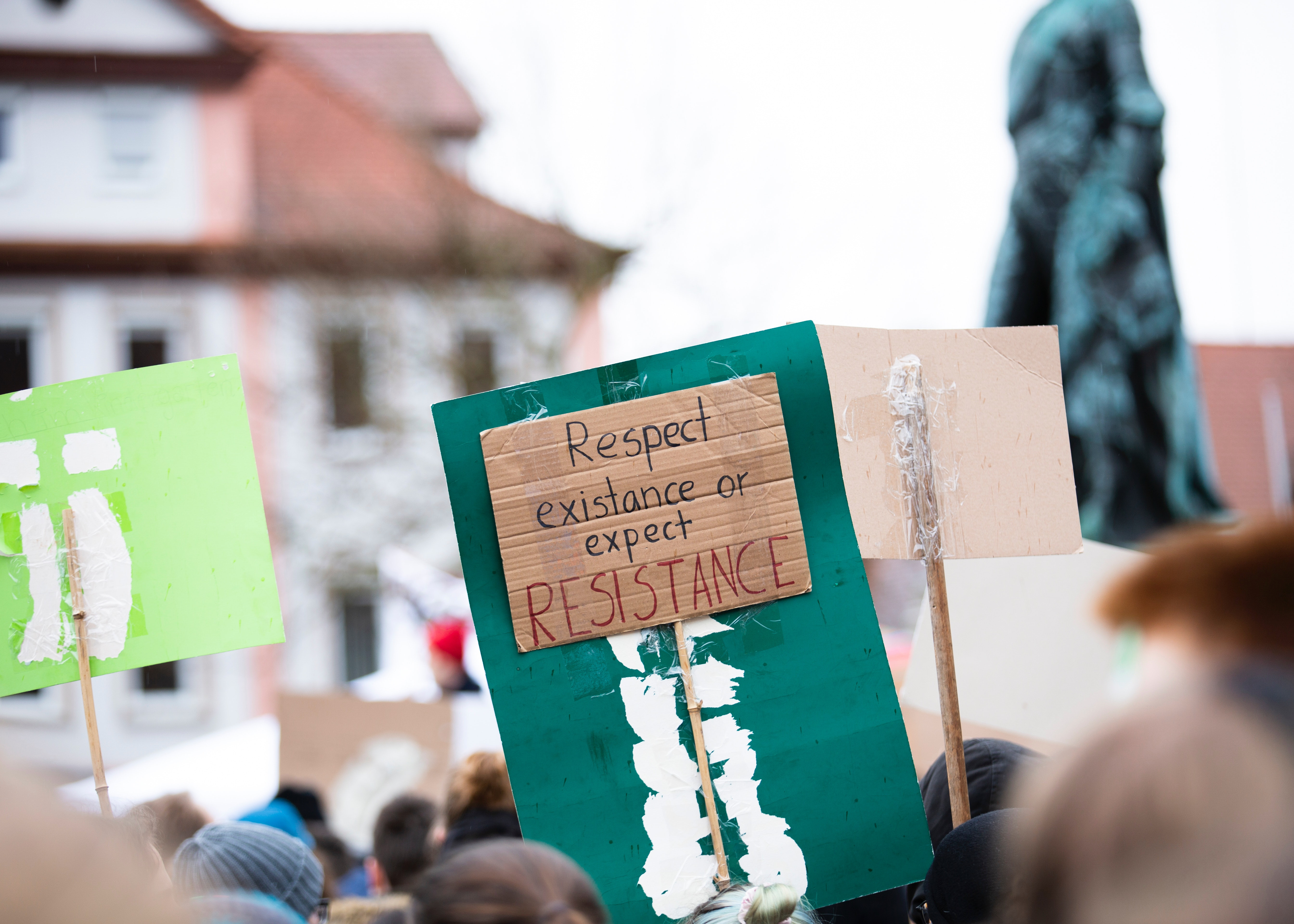 Companies Need to Engage with the Political: Here’s How.

There is a misconception that companies must be neutral in political matters. What leaders seem to miss is that silence and inaction in the face of injustice is a choice all the same - one that is costly and detrimental to your reputation and society. The political is a slippery concept, but at its core deals with struggles over power, resources, and value systems—most importantly embodied in social movements and our personal lives—that call for transformations in our culture and communities for greater equity and inclusion of people experiencing marginalization. Yes, the political is messy, at times uncomfortable, and undoubtedly controversial, but it’s also unavoidable. So rather than trying to take the easy way out and paying the price, companies need to engage with issues that matter in effective, substantial, and strategic ways. Let’s dig in.

There is an ongoing shift in public opinion that companies should be driven by more than profit, growth, and shareholders, but also the good of their employees, consumers, and society. According to the Edelman Trust Barometer data, 54% of employees globally believe that CEOs should speak publicly on controversial political and social issues they care about. Similarly, 53% of consumers agree that every brand is responsible for getting involved in at least one social issue not directly impacting their business. This expectation is only getting stronger over time, with 75% of Millennials expecting employers to take a stance on social issues. Countless examples show it’s not just about your bottom-line; it’s about what your brand represents:

Many companies put forth weak arguments and excuses for not engaging with the political and solving social issues. These are rationalizations at best and frightening departures from any notion of the common good at their worst. Let’s go over a few:

1. Staying Silent Will Protect Us From Backlash

Silence does not mean you have removed yourself from the conversation; it just means that you have resigned yourself to being complicit. This is allyship 101. Your inertia and non-response speaks more than you think, especially in the age of social media. Carefully consider what your apathy or hesitation might signal internally to your team and externally to stakeholders. Research from Salesforce found that 90% of consumers believe that businesses are responsible for looking beyond profit and improving the state of the world. There are real risks to investment and revenue when—through your inaction—you become an accomplice to injustice. The consequences of silence could be catastrophic, with consumers ready to boycott companies they view as corrupt.

Because there is disagreement in the size, scope, and even reality of social issues and the right way(s) to address social problems, some companies conclude that it’s best to do nothing. This logic is dangerous and ignores that some matters are right or wrong, ethical or unethical, just or unjust. Particularly on issues of human rights and social equity, this reasoning is hollow. If your company does not believe every person is worthy of respect, dignity, and freedom from discrimination, it has divorced itself from fundamental human values. The struggles of marginalized communities are not up for debate; these experiences are real and affect lives every day.

3. We Can’t Change the World

Some leaders advance a nihilistic perspective that because there is no way a company can address every social issue, they should not address any. However, so many companies have significant power, resources, and impact, which touch many people worldwide. Some even have corporate revenues exceeding the GDP of whole countries with teams (such as Walmart coming in at 2.2 million) larger than some nations' entire populations (e.g. Latvia, Iceland, Barbados, Lesotho, etc.). While it’s true that no one company can eliminate enduring injustices (and we are not all the Walmart’s of the world), companies can and should make a difference where it’s possible. Businesses should take a critical lens to how their operations contribute to a larger social system and their workforce’s well-being, no matter how big or small they are. Everyone has to do their part to co-create a better world, especially those with immense platforms, influence, and capital that can be leveraged in service of this vision.

4. This Will Compromise Workplace Unity

In this type of thinking, “unity” is used to mandate homogeneity by discouraging any discussion of identity, difference, marginalization, underrepresentation, and exclusion. These discussions are labelled as “too divisive,” “too political,” or “too individualistic.” In this quest for unity, the losers are people from non-dominant groups who are now supposed to be quiet about issues of discrimination, bias, and how they are deeply affected emotionally, physically, and structurally by inequity. Unity and team cohesion that opposes the political is coded language to protect dominant groups from meaningful confrontation with privilege, power, and oppression.

Being Strategic When Engaging With The Political

It is deeply apparent that there is no way to circumvent addressing these issues without contributing to the oppression of others. However, there are also several ways that businesses can go about engaging in the political in thoughtful and deliberate fashions. In determining your strategy for responding to social injustice, we recommend that you:

The goal isn’t to address every social issue but to take tangible steps to ensure your company operates as equitably as possible and has initiatives directly contributing to a better world outside of a strict conception of its business scope. Companies should be under no illusion that they can be apolitical or indifferent on these issues. There cannot be silence amid inequity and exclusion. Companies must commit to social justice through strategic and tangible actions, campaigns, and stances. Businesses must recognize that promoting justice is a significant source of innovation, inclusion, and sustainability. This is the future of our economies.