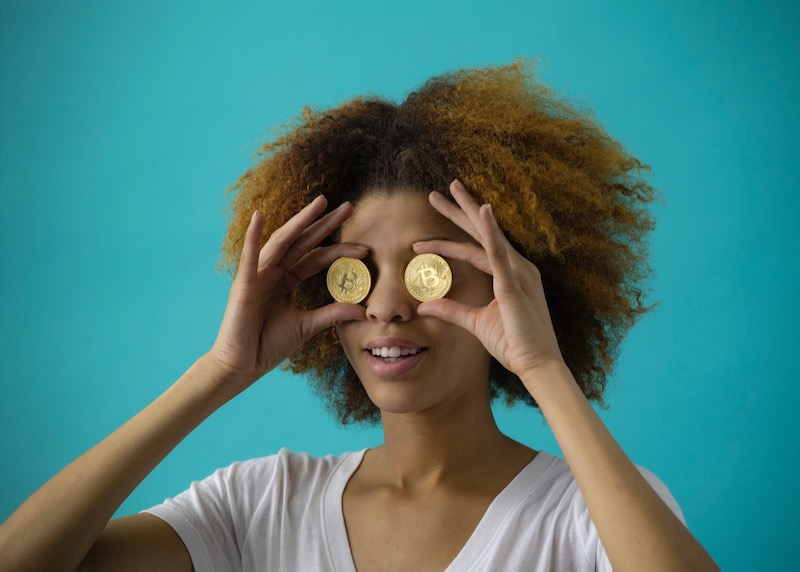 Will Cryptocurrency Further Equity or Undermine it? It’s Complicated.

Disclaimer: The information and suggestions shared in this blog are subjective and are not financial advice. It is the reader's responsibility to conduct research and due diligence concerning financial decisions.

You’re not alone if you’ve read something about cryptocurrencies or “crypto” and furrowed your eyebrows at such alien words. It can be hard to understand if you’re not a coder or software engineer; crypto is complicated and has its own language. [The 99 Bitcoins YouTube web series offers short videos and explains many aspects of cryptocurrency in plain English.] However, from what we can glean, there are some critical, glaring concerns related to crypto that feel important to understand, especially as they pertain to diversity, equity, and inclusion (DEI).

What The Heck Is “Crypto” Anyway?

Perhaps a friend is excited about crypto, someone sent you a meme, or you read a confusing tweet. But what exactly does crypto mean?

Crypto is short for cryptocurrency, which is a decentralized digital currency system. Many human cultures started by trading goods, and then moved on to trading gold and silver coins. Then came paper money, or fiat currencies. Fiat currencies are often trusted and believed in because of governmental influence. Yet, many of us don’t use physical paper money - we “trade” in digital dollars that we cannot see or touch (e.g. Apple Pay, E-transfer, Online Banking, Tap, Venmo, PayPal). Cryptocurrency is a related digital currency, and it has value because people believe and trust that it does.

Here are some quick facts about cryptocurrency and how it functions:

Now that we have a general idea of crypto, we can unpack its complexity. People support cryptocurrency for various reasons.

Crypto supporters argue that it can be a tool for equity as it allows anyone with an Internet connection to gain access. Due to various socio-economic barriers that some marginalized communities face, crypto might offer easier access to banking and financial markets, leading to closing the wealth gap.

In 2017, the World Bank released a report claiming that 1.7 billion people do not have access to formal banking. They also highlighted that women are overrepresented. For example, in Kenya, 75% of those who are unbanked are women. In China and India, it’s 60%. It is also estimated that in the United States (U.S.), 71% of white women have bank accounts, while only 63% of Hispanic women and 51% of Black women have bank accounts.

The blockchain technology on which crypto rests manages a transparent, decentralized ledger without a central authority. Crypto supporters suggest that this prevents corruption or mismanagement of the currency, which we have sometimes witnessed with banks and governments globally.  Crypto also challenges the concentration of power and the current Internet model of ownership and censorship controlled by a few big tech companies, namely Google, Netflix, Twitter, Amazon, Facebook (Meta), etc.

There are various possibilities  to leverage crypto to support women and gender equity. For example:

‍
Although the potential benefits seem tempting, especially around marginalized communities gaining access to wealth, where, when, and how this might happen is less clear, as crypto has many concerns relating to DEI.

Without intentional design, any system or institution will inevitably reproduce inequity. Though blockchain technology is positioned as supposedly “neutral” and available to everyone, code and computer systems do not exist in a vacuum. A product or software is structured through the builder's experiences and perspectives. With the extreme lack of diverse representation in computer science and engineering, which white men mainly dominate, software is often coded using a limited set of experiences. There are many examples of technology or software code reinforce existing inequity and bias (e.g. Amazon AI recruitment technology, facial recognition software, soap dispensers, Google search autocomplete, etc.). There are various types of cryptocurrencies and a range of applications for blockchain technology. Therefore, it is not guaranteed that they will all be designed from various perspectives or in equitable ways.

‍Mining cryptocurrency requires an incredible amount of energy. Cryptocurrency must be “mined” and then verified by many computers with intense processing power. In regions where electricity is generated using fossil fuels, crypto mining is considered detrimental to the environment. Recent data suggests that the U.S. is the current leader for crypto mining. China, which had been the previous leader, banned cryptocurrencies entirely, as they were largely powered by coal. The University of New Mexico estimated that in 2018, every $1 of Bitcoin value was responsible for $0.49 in health and climate damages in the U.S. Bitcoin emits between 22 and 22.9 million metric tons of carbon dioxide emissions a year. Electricity expended mining Bitcoin and other cryptocurrencies are between 0.05 -1% of global usage. About the same amount of emissions are produced by Jordan and Sri Lanka. Although some cryptocurrencies are working toward being carbon neutral, change has been slow with limited formal regulation or crypto community desire to curb energy use. This is incredibly significant for DEI as racialized and marginalized communities are disproportionately affected by climate change. Even still, environmental concerns are difficult to estimate, as the Cambridge Bitcoin Electricity Index project adds further nuance and complexity to this issue, suggesting that certainty either way is largely theoretical.

Although anyone with Internet access can participate in crypto, the quality of the Internet, its regulation, and other environmental factors like electricity and access to computer hardware might be limiting. Even if someone has quality Internet access, understanding how cryptocurrencies work to use them successfully requires fluency in computer science language.  Women, racialized people, and other marginalized communities remain underrepresented in science, technology, engineering and math (STEM) fields. So while women and racialized people are already behind in understanding the “language” of computer science and cryptocurrency, they are less likely to participate in crypto coding, buying, and selling.

As we also know, diversity does not always equal inclusion. For example, in encryption and privacy-focused group chats on platforms like Discord and Telegram, women have shared experiences of harassment. They witness sexism and harmful language if they disclose their identity, making them less likely to participate. Furthermore, the digital divide is Global North-centric, which means people, communities, and countries in the Global North have more access to technology. Colonizing and settler nations come from the Global North, which means the digital divide is a continuation of colonizing structures as technological power remains firmly in the Global North. While technically, many can access these technologies, whether or not that manifests is not entirely certain.

As noted, “trustworthiness” is one of the stated benefits of blockchain and cryptocurrency. However, scams and unethical practices, such as “pump and dump” and “rug pull” scams, are common within cryptocurrency. “Pump and dump” is a form of fraud that involves the use of misleading information to raise the price of a currency and then sell it at a profit. A “rug pull” is when a token’s creators abandon the project by exchanging virtual coins for real-world cash. It is estimated that $3.2 billion worth of cryptocurrency was stolen in 2021 while in the first 3 months of 2022, $1.3 billion from exchanges, platforms, and private entities has already been stolen. These numbers put into question the so-called “security” of cryptocurrencies and blockchain technology.

The former U.S. Securities and Exchange Commission (SEC) Head of Internet Enforcement, John Reed Stark, believes that crypto is a “get-rich-quick” scheme that takes advantage of the most vulnerable.  Those in marginalized communities who may also lack financial literacy skill may be most harmed by such scams and volatile changes in cryptocurrencies. Scams or unethical practices do not have to be obvious either.  Some tech companies have offered tokens, and coins as part of their compensation packages, making it difficult for prospective candidates to assess the value of their labour.

It may just be too soon to tell whether or not the decentralized nature of crypto is a gift or a curse.  Crypto could allow marginalized communities greater access to financial systems and help them gain access to wealth and power. The flip side is that these same communities may be subject to worsening crypto-fueled environmental conditions. They may be targeted for scams or lose wealth and power as influential players in the Global North manipulate the system. There are real examples of marginalized communities using crypto to generate wealth, while others fall victim to various scams. The most challenging task concerning this issue is quantifiability. It is almost impossible to measure the benefits and effects of the cryptosystem as it intersects with social, cultural, political, technological, and economic factors globally.