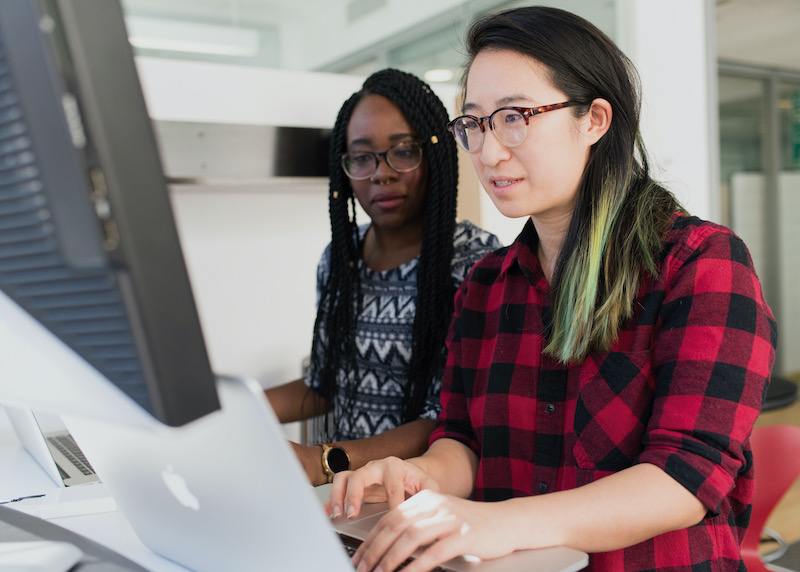 Three Misconceptions about Diversity, Equity, and Inclusion (DEI) for Women in the Workplace

There are common misconceptions about how to advance women* in the workplace that are more damaging than progressive. Even when organizations have the best intentions to hire and retain more women, sometimes their approach is flawed. Here are some things to consider about your DEI initiatives involving women.

*Any time we refer to "women,” we mean all people who identify as such.  This includes, but is not limited to, trans women, non-binary women, femmes, those who are feminine of centre, or those who identify as a member of the Sisterhood generally.

Women Don’t Need To Be “Fixed”

Organizations often develop gender-related initiatives aimed at supporting women. However, these initiatives imply that women need to be “fixed” or “empowered” to thrive in the workplace.

Too often, the solutions put forward to remove barriers for women hinge on making women seem more masculine—i.e. embodying masculine leadership traits such as telling women to stop marginalizing themselves, negotiate better, speak up, support each other, strike a balance between work and home—in other words, be more like “men.”

This only further perpetuates sexism, patriarchy, and anti-femininity. It also places the onus on women to change who they are rather than making the focus on fixing an unfair system. Instead, what women need is for their organizations to examine their policies, procedures, and cultures to identify inequalities and deeply embedded biases to remove barriers for women.

It also implies that somehow, women’s inability to “have it all” is because they haven’t shown the initiative or drive to get it. This false perspective doesn’t consider whether the organization is a place where women of all backgrounds feel secure and comfortable with exhibiting these traits in the first place. More likely than not, women in the organization don’t feel a sense of psychological safety, which inhibits how they perform or interact with others. The focus should be on fixing the workplace culture to give space for all women to participate and grow equally.

In a world favouring hard data and numbers, it may be tempting to set quotas to ensure “gender parity” or have an equal number of women and men in an organization. Our demographic is supposed to be split 50/50 between the genders, so an organization should have gender parity, right? Unfortunately, no. Equality does not mean having the same amount of different groups of people; it means all people having the same value.

In principle, women should make up 50% of an organization. Ideally, 50% of applicants for a job posting should be women. But that doesn’t mean anyone should get a position just because they are a woman. This would hinder the movement for gender equality because—good or bad—gender should not be the sole determinant for any role. That would result in the dehumanization of the candidate because they would only be valued for their gender. Often, organizations will hide behind the defence of having gender parity as an excuse to not commit to changes that actually benefit women. It is far more important to ensure that women are given the support they need to do their best work than it is to set targets.

A large body of global academic research reveals that gender quotas fail to increase the representation of women in the highest levels of a firm. This means that even if there are many women in an organization, these women remain in the lower levels of the company. That is because setting a gender target without taking measures to ensure women’s retention or career development doesn’t help further their lives. Instead, sometimes gender quotas set the women who fulfill them up for failure. How do we guarantee women are given the same opportunity as their male coworkers to be promoted? How do we ensure the work environment is safe and accommodating so women will not prematurely leave an organization? These are considerations to think about beyond the hiring process.

Viewing gender equality as only a conversation about the balance between men and women leaves gender-fluid, gender non-conforming, and gender non-binary people out of the equation. While a quantitative measure may be the most obvious metric to judge representation in a company, this empirical thinking is sometimes too rigid to allow everyone to be considered. As a result, people with more complex gender identities are rarely put at the forefront of DEI initiatives. This means that these folks often have to squeeze themselves into a binary that feels false to them in order to access support and accommodation at work. While there are non-binary people who feel comfortable being associated with femininity, not all do. Be sure that the language you use to describe women-focused programs in your organization doesn’t accidentally sideline anybody.